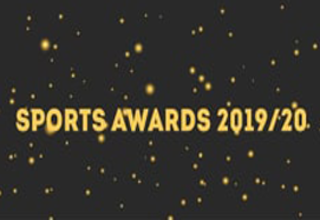 Club of the Year

Considering there was fears this club almost went under last year, the turnaround that has been achieved by them this year is outstanding. Like a phoenix from the ashes they instantly made it known that they were aiming higher this year. Their presence was known throughout fresher’s week with a ginormous inflatable course and what the newspapers described as a “hilarious pub crawl” (might be paraphrasing them here). It definitely paid off as they were able to more than double recruitment this year. This definitely helped as their win percentage increased as well as their overall league position. This could be attributed to the extra training sessions they put on themselves, including sessions out of term time. Furthermore, the success of the players was noticed externally as 8 were chosen for county trials with 2 of them being chosen to play for Yorkshire as well as having a player representing GB and another in running. They’ve also improved links in the community by having multiple players coach teams within the Bradford district and with help from the Bradford Bulls foundation, coach in schools. In the run up to Christmas they took on the challenge of completing a virtual triathlon from Calais to Bradford, raising over £500 for state of mind. These are just a fraction of the reasons why Rugby League deserve Club of the Year. Congratulations to them all.

Most Improved Club of the Year

A few rough years led to this club battered and bruised by the end of that last year. Through willpower they got up and ran head first into the challenges of this year and smashed through them. From having to cancel sessions last year due to no-one showing up to having 24 active members now can be attributed to the club’s new focus on the social experience. Regular events such as cinema trips and nights out have helped to retain and attract new members. Equipment failure had plagued the club previously and so they started off with a schedule. It paid off as for the first time in years there were no failures in competitions and only a couple in training. Speaking of competitions, the team managed to achieve their first ever award as a club. They are the perfect example of improvement. Congratulations Fencing.

Team of the Year

Earlier in the year if you went anywhere in the union office, you would most likely overhear about this teams win streak. Going undefeated weekly for nearly a couple months they annihilated all competition.  This feat gain further importance when taken into light that the team is relatively new to the league. The team is classed as one of the UK’s top 16 meaning they compete with the like of Oxford and Coventry. They should definitely be a team to watch next year and thus the Team of the Year Award goes to the Volleyball Women’s Team.

Most Improved Team of the Year

From zero to hero. This team didn’t exist last year and only 2 of the players this year had played the sport before university. After a successful recruitment of women, the team took a gamble and entered themselves into BUCS. Only having the bare minimum players allowed to play they struggled and fought through every match. After every loss their spirits were not dampened, and they pushed harder at training. Extra sessions were incorporated focusing on the individual development of the players. Coffee/hot chocolate nights were added in to build team chemistry. Matches came and matches went but the score gap was decreasing. The final match came. An injury occurred meant substituting was no longer an option they could afford. In all honesty I left watching this match with a very sore throat as they only went and won it!!! Was a long journey but by god did they deserve that win the end and to top it all off I am proud to announce the Women’s Water Polo team as most improved.

Winner: Men's Football for their charity fundraising and programme of events and campaigns

Throughout the year Men’s Football have managed to raise over £1000 for charity and RAG this year.  This let alone is an outstanding feat but furthermore is the vast quantity of events they’ve done. They took part in every major campaign. Running a ‘Bra Crawl’ with Netball and hosting a ‘Should’ve gone to Pec Savers’ cake stall to raise money and awareness for Breast Cancer Awareness month. ‘Movember’ had their members all grow moustaches. During RAG week they held a stall selling kit as well as bucket shaking at Bradford park Avenue. Dotted between these were the multiple runs the club went on including the Yorkshire 10 mile run and the Skipton Santa Fun Run. Furthermore, they once again held their waxing event joint with the Ravens. To top it all off they had plans to partake in more runs throughout March and by reaching out to local companies already managed to receive £480 in donations. Unfortunately they could not do this due to the ongoing situation but I know if they could they would definitely give it their all.

Shortlisted: Cheerleading for the De-Stress Week and Swimming & Waterpolo for their Safe Sex Campaign

Sportsman of the Year

It takes a lot to coach one team. But to coach two teams for two different sports takes a lot more. They have been pivotal in the success of climbing and ultimate frisbee at the university this year. Personally, they themselves have excelled in the sports as well. From Bradford to Germany, he has been climbing all over the competition securing a bronxe medal at BUCS. He can also be accredited for his sportsmanship. During a competition a member of one of the other universities broke her arm. He then assisted and waited with her for 45 minutes until paramedics came before heading back to support his team. He is always enthusiastic and passionate about sports always bringing a little joy. Whilst writing this the man in question is probably running around his town in a spider man outfit trying to do just that in these times from what the posts have been showing. I am proud to announce Tommy Matthews as Sportsman of the year.

Sportswoman of the Year

Who doesn’t know this person? Being a major part of multiple clubs including bringing one back from the dead assisted in this. However, this took its toll as an unfortunate injury led to major back surgery, but this did not affect her passion. She came back this year and further pushed herself. Volunteering to take up coaching for the Ravens, she went on to host further training sessions with the stunt group for an extra two hours right before actual training times. When called on she always somehow found time to step up and become the goalie for the Women’s Lacrosse team helping to assist the team to place second in their league. Tennis was brought back this year thanks to her which I still don’t know how she had time for considering she was also representing Bradford in Volleyball as well. Within it she has led several High Education Volleyball organisation sessions for students that have never played before. Plus, she’s also been playing for the Bradford Eagles national team. Generally, no idea how she’s done it all. From ‘Croatia’s Got Talent’ to ‘Unique’s’ sports hall, she has dominated wherever she’s been with a drive and spark which is incredible to witness. You cannot question her dedication to sports and so this award is proudly awarded to Francisca Ignacia Manriquez Milicevic. Well done!!!

Coach of the Year

After graduating from the university back in 2018, Sophie was asked back if she could coach the women’s Lacrosse team. Within a heartbeat she put the team and club into her top priorities. Juggling between applying for medicine and coaching the team, she even was able to train the new players from scratch. To help coach she introduced and ran classroom sessions outside of training to help explain and reiterate the rules and tactics to the new and existing players. To help nurture the chemistry in the team she also attended the club’s social events like the Christmas Dinner and helped the club raise funds in their ‘Movember’ campaign. She went above and beyond of what a coach is expected to do and fully deserves this award.

Executive of the Year

There was a high possibility that I would bump into them once a day and nearly always at the office. They constantly checked that everything ran smoothly between them and the union. This was extended to the running of their club and as their President, they are definitely the reason for the clubs massive improvement this year. They attended every assembly bar one, but this was due to them having to emergency run their team’s training session that day. He is seen as a role model to all the members of the club and has been a brilliant exec.

To quote from the application as well as from others within the Bradford sports community; “He literally broke his back for the club”. As a key and influential member of his team (even being someone that the new members go to for guidance), he unfortunately will never get his Colours. He never cared for that though. His passion and care is for the sport and the people within it. Considered like a wise old mentor to some, it is about time he gets some recognition asides from the ‘applause’ he gets after a drunken ramble through a karaoke song. Hat’s off to you Lawrence Caple, you’re our Unsung Hero. Congratulations!!

"I have thought long and hard about this award and have decided to give this to Evo Payne - President of American Football. He has shown dedication and commitment to the club despite not being able to compete in matches. Evo has been an intergral part of American Football, often having to do other executives duties in the absence of his execs. He has even helped Giorgos, the Sports Coordinator, who is new to the role and had no prior experience, settle into the role and explained key procedures." - Zain ul Abdin, Sports and Wellbeing Officer 19/20

"To say Lucy fulfilled her roles is an understatement. To say she went above and beyond in each of her roles she had, whilst still being true doesn't cover the amount of effort and work that she has put in this year. Thanks to her commitment to being RAG Officer for the Sports Committee I'd say she was pinnacle in the increased engagement from sports to RAG. This lead to the most successful RAG week on campus ever. After the week was done she instantly volunteered onto assisting the other projects the Committee were organising such as Big Kit Bingo, Colours Ball and Intramural. We joked that her job was done after RAG week and yet based on how this year went, she became one of the few members of the Committee who actually go to finish their job. I am proud that one of the few things we got to do went so well and this is thanks to Lucy and her efforts with RAG. Plus there's been many nights where she has helped me find a second wind (often involving Jaegar) and led me back out for a great night. She helps out everyone she can despite being out of 'office hours'. This is one of the many qualities that I believe she deserves this award for. She represents a true image of the spirit of Team Bradford" - Callum Gorton, Sports Chair 19/20

All winners and shortlisted will receive a certificate from UBU. These will be emailed over and also available for posting or collection next term.

The engraved crystal awards for the winners will be available in the next academic year once our supplier and campus have reopened.