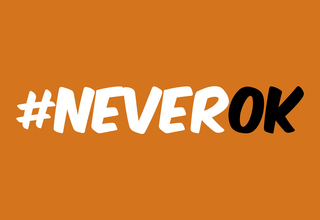 Bradford Students’ Union believe that sexual harassment is #NeverOk. We believe that everyone has the right to live, work and study in a safe and supportive environment. The Students Union is leading the #NeverOk campaign in collaboration with the University Health and Safety Group, PC James Preston and Maria Batul (Women’s Officer 2018-19).

Sexual harassment is unwanted behaviour of a sexual nature which:

· Creates a hostile or offensive environment

Sexual harassment can include:

· Displaying pictures, photos or drawings of a sexual nature

We believe that you should never have to put up with sexual harassment. You should never be made to feel uncomfortable by another individual. Whether it occurs in bars, on campus, on public transport or online, and be it by someone you know or a complete stranger, we say that this is #NeverOk

This campaign has been inspired by the work of the University of Exeter and the Student’s Guild and their ‘#NeverOk’ campaign.

If you or someone you know has experienced harassment or problematic behaviour on campus, you can report this anonymously to the university via the incident reporting form and speak to an advisor in the Students’ Union.

The UBU Advice and Support team have trained advisors that can speak to you in confidence and discuss additional support mechanisms to help through periods of distress.